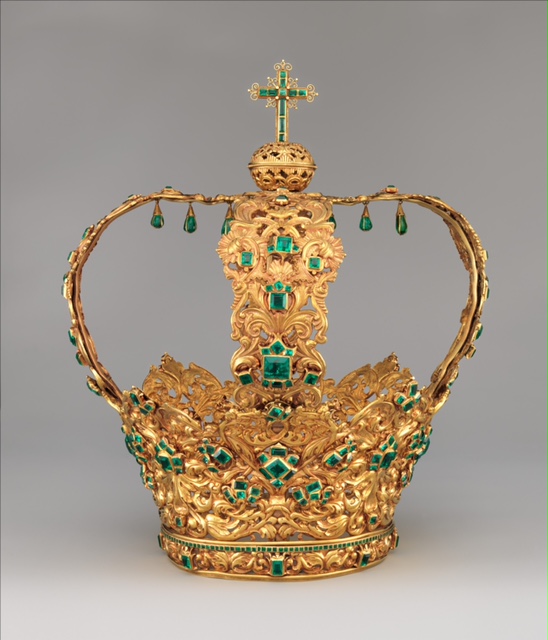 Beloved for millennia, revered by Pharaohs and Incas.  Emeralds , it evokes rich images.  It is the birthstone of May.  Referenced as THE green color:  Emerald green.  The legendary Crown of the Andes. One of the emerald and gold treasures recovered from the sunken 17th century Spanish galleon Nuestra Senora de Atocha.   Stunning...photo courtesy Metropolitan Museum of Art

Comments (0) details
March 2021-Aquamarine and locations -Sunday, March 7, 2021
#DGJ When it comes to certain areas of the world, there are some extraordinary locations that
produce stunning gemstones. Brazil, the East coast of Africa, the island of Madagascar (was
part of African continent), the island of Sri Lanka (the jewel box of the Indian Ocean). These
areas produce not just one beautiful gemstone, but multiple gemstones! Africa produces
diamonds, Tanzanite, Emerald, Amethyst, Garnet. Madagascar produces Ruby, Emerald,
Sapphire, Garnet, and Tourmaline.(The island can be seen from space as having a red ring
around it!). Sri Lanka produces Sapphire, fancy color Sapphires, Ruby, Tourmaline, Spinel.
Brazil produces Beryl (Aquamarine) Quartz(citrine); Topaz, Tourmaline (the most important
color neon Paraiba blue)
So, just like clothing brands, you will see and hear the best of the best gems described by their
location, then the gem, e.g. Namibian Emerald, African Amethyst, Madagascan Ruby, Sri
Lankan Sapphire, and Brazilian Aquamarine, Paraiba Tourmaline and one location I haven’t
touched on, Burmese Ruby.
March babies have a beautiful blue-green gemstone in the Beryl species, the variety
Aquamarine. The secondary birthstone for March is called Bloodstone, also known as
heliotrope, it is a dark green Jasper with red iron oxide inclusions that look like spots. 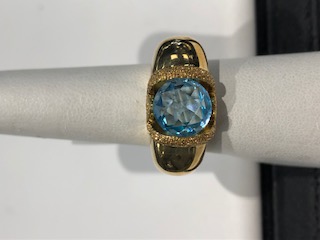 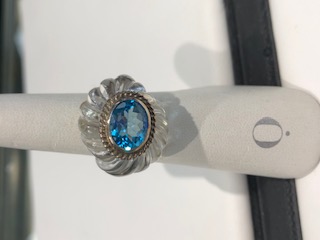 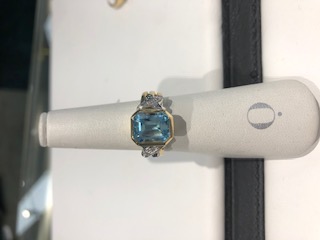 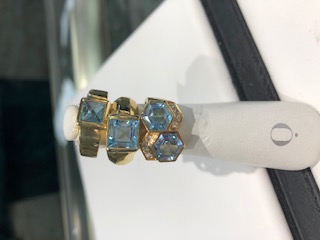 Looking for a ring that stacks with others?  There are rose gold, yellow gold, white gold, rings with diamonds or colored gemstones.  Treat her or yourself to a ring for a successful event or a special day.  Before you know it you have a set of stackables that can be worn togeher or individually.

When an artist creates your piece of jewelry, from rendering, to creating, to boxing it for your presentation, with DGJ you'll get your breathe taken away with the stunning results.

#DGJLabGrownDiamonds Lore for wearing a pear shape is, point away from you sends energy, point towards you brings energy. Or wear it East/West just because it’s stylish. This beautiful pear is 1ct VVS1 G. It faces up a little larger than a round. So, how will you wear it? 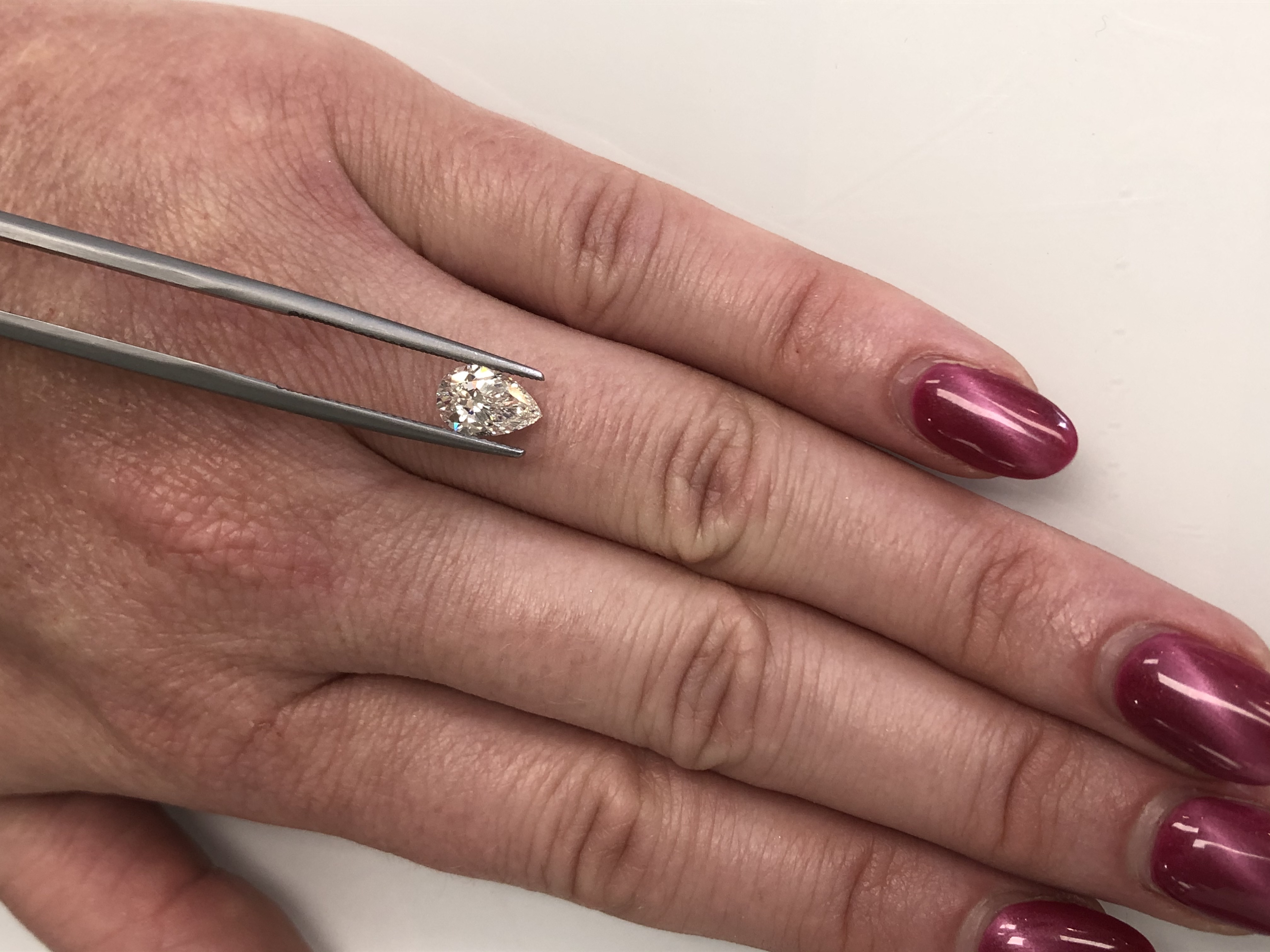 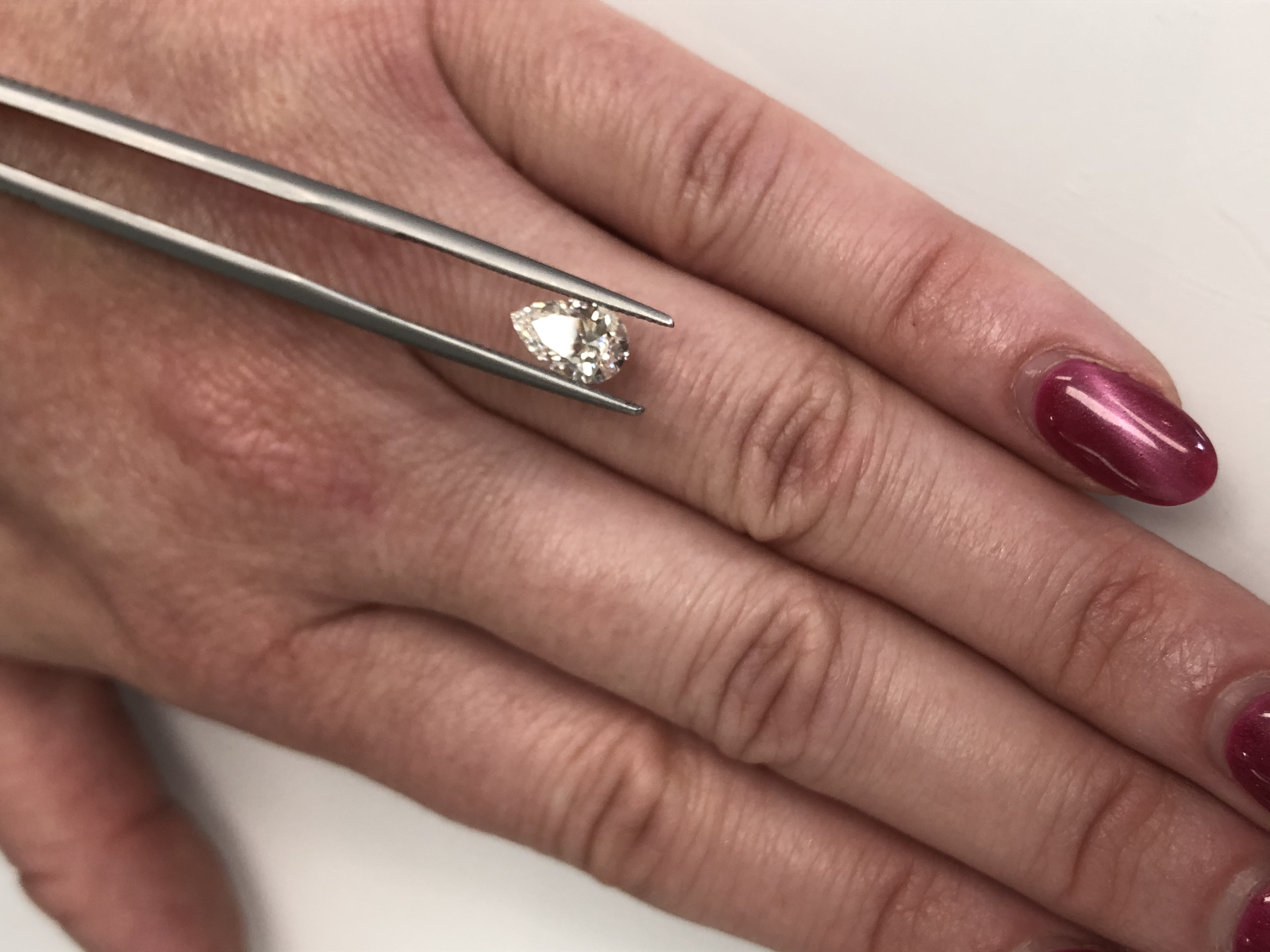